Why do You use iPod?

2 Growing up in Northfield, we had two trees in the

3 front yard that were probably 50 yards apart. And my

4 father — I had two brothers. My father had the idea

5 of putting a rope high between the two trees and

6 fixing a pulley system with a rope and a round seat.

7 And then he took a — probably a one-story ladder,

8 leaned it up against the higher tree, and you could

9 take the swing up with you, put the round swing

10 between your legs and glide down between the trees.

13 Anyone ever get hurt?

14 No. No one ever got hurt surprisingly. We even got

15 creative in the fall. We would rake the leaves and

16 then burn them. And then of course you’d go over

17 them — not flaming, but smoldering. Do something

19 But the trees weren’t, you know, extremely mature.

20 And now I drive by the house in Northfield and

24 No, they were quite strong when we had them. But the”

Just be there.Please,just be there,anywhere.
I need You today.I am going to celebrate His day.
You did never wrote a poem to Chris like You said You will..
or,I have never seen this poem.
Sing him Your song insteed all.

Milena,
While the start of High Holy Days is here, there’s still time to help hungry Jewish people during this sacred time of year.
Your contribution to IFCJ’s High Holy Days Campaign will help us provide both basic staples and special holiday foods so needy Jews can observe this sacred season with dignity.
This year the High Holy Days are arriving amid unease and rising tensions. Jewish people around the world continue to face anti-Semitism and discrimination, while growing unrest in the Holy Land means the government is forced to spend more of its resources to fight terrorism and defend her borders.
As a result, there are even less resources available to help the most vulnerable — elderly men and women, including Holocaust survivors who have no family to care for them — destitute children who go to bed hungry at night — and the impoverished families who struggle to provide even the most basic of necessities.
My friend, these people are suffering and urgently need our help.
That is why I am asking you to reach out to ease their burden and give them a chance to observe the High Holy Days with dignity.
Please, make a donation to our High Holy Days Campaign today.
“Feed the hungry and help those in trouble. Then your light will shine out from the darkness”(Isaiah 58:10).
With prayers for shalom, peace, 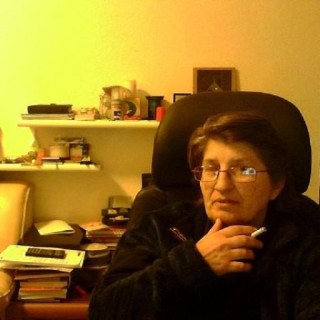 As a journalist I love to write,as a poet I love to dance,as a woman I am always in love.My heart belongs to the most beautiful Lady.I am lesbian artist who do not like Pride Marches.I gave birth to seven wonderful kids. I am proud to be real Christian and I do believe in Love,Truth and Peace. You are all very welcome on each of my sites or blogs.My friends ,may God bless each and every one of You!I wish You all the love and joy in the world.

My favorite on Amazon

“The legend of the Wandering Jew.” The Jew flees the cross and spends, this is no legend, all of time wandering, wondering, not daring to consider that he might have been wrong about the man called Yeshua.

How to have a successful and meaningful life

All Along the Watchtower

Ballet News | Straight from the stage - bringing you ballet insights

Blessed with a Star on the Forehead

As I navigate through this life ...

LastNightIDreamtThatSomebodyLovedMe
a heart for justice

a blog about justice & modern-day slavery

cool stuff for lesbians by a lesbian

...might I be found in words I leave behind

~if ballet were any easier, they'd call it football...

An insight to a heart mind and soul.

A freeform way of life, love and everything

The Tools I Wish I'd Known About Sooner

The Urge To Wander

Opening of Soul in poetry

Writing for my beloved